The Interesting History of the Churro 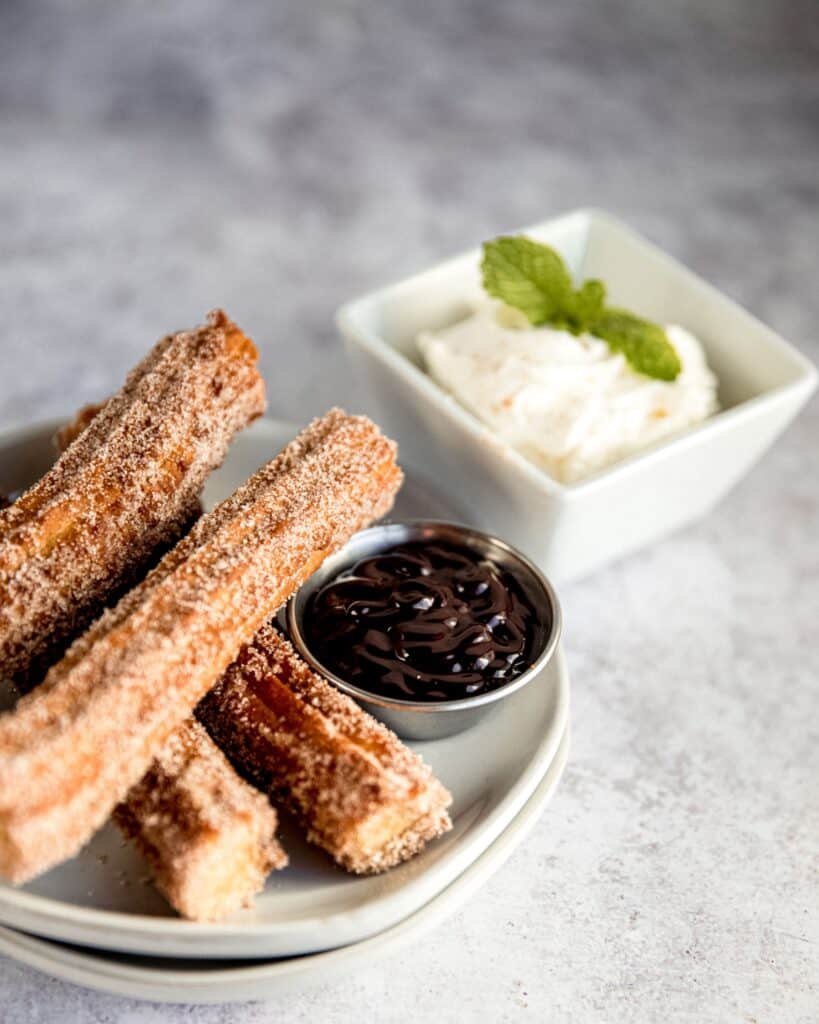 What is better than a churro for a fall treat? The hot, sugary, deep-fried pastries are great at a festival, fair, or just for a snack. However, there might be more to the churro’s history than you’re aware of.

There are actually two stories about how churros began. Depending on who you believe, they were started by either Spanish shepherds or Portuguese sailors. But really, in either case, the credit probably belongs to China. Here’s a look at each story.

According to this view, hundreds of years ago, Spanish shepherds lived high in the mountains. They were nomadic and didn’t have very good access to bakeries or the means to bake bread.

Instead, they would use the same basic ingredients as bread (flour, water, salt) and fry up the dough in a pan. Getting access to a fire and a pan is much easier than an oven, after all.

A piece of evidence that supports this history is that there is a type of mountain sheep in Spain called the Navajo-Churro, which have horns that resemble the churro pastry we know today.

Spain and Portugal share the Iberian Peninsula, and it makes sense for them to compete with one another, and both lays claims to the churro. In Portugal’s version, however, they give credit to the Chinese.

According to this view, Portuguese sailors came across a Chinese cruller, much like today’s churros. They enjoyed them so much they brought the recipe all the way back to Portugal. According to the Portuguese, it then spread to Spain, which is how they discovered it.

Popularity Around the World

So, where were churros invented? The truth is probably that Spanish or Portuguese (or both) indeed got the idea from China. But, the Spanish certainly spread the good news about the churro.

The Spanish explorers in the 16th century brought the tasty dessert wherever they went around the world. Along the way, they learned about chocolate, and a cultural favorite was solidified.

Mexico added their own twist to the flavor by adding cinnamon, and many people in the United States and Mexico enjoy this variety to this day.

Today, most countries have a churro version, but it is particularly popular as a breakfast dish in Spain. It’s enjoyed dipped in hot chocolate as a sweet way to start the day. We offer a unique version of churro, and it is delicious.  Come on by today and try it out yourself!

Just like the history of the churro, our recipes are inspired by food around the world. More than just an authentic Mexican restaurant, we combine traditional flavors with new and exciting flavors worldwide.

If you’re like to learn more or order online, please visit our website. Enjoy delicious, globally-inspired Mexican food, and make sure to end the meal with one of the most interesting, ancient, and delicious foods: the churro.