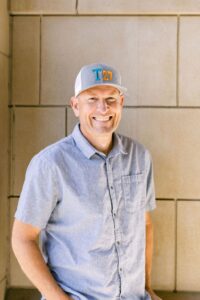 Todd Gardiner is the co-founder, co-owner, and head chef of Utah’s Taqueria 27.

He took on his first job at age 12 as a busboy at the restaurant where his mother worked. His goal was to save up enough money for a shotgun, so he could go hunting with his grandpa.

At the time, Todd remembers thinking that the kitchen guys had the most glamorous job. Maybe that’s why, after high school, he worked his way up from fry cook to certified chef.

We sat down with chef Todd to learn more about his journey to opening Taqueria 27. Check it out!

How Did Your chef Career Begin?

After taking a restaurant business break for a few years, the New Yorker hired Todd as a prep cook. That’s where he learned the kitchen brigade system, utilizing fresh ingredients and preparing everything from scratch.

Under Log Haven’s chef David Jones, Todd learned the skills he needed to become the chef he is today. He ultimately moved on to Z Tejas. Todd says that’s where he learned how to run a business, and it’s also where he first developed the Taqueria 27 concept.

The Concept behind Taqueria 27

The CEO of Z Tejas came to Todd and asked him to create a taco restaurant concept. This was when Todd came up with everything from Taqueria 27’s recipes to the original location’s design and layout.

Serendipitously, Z Tejas’ board rejected Todd’s idea. On his own, a few years later, he ventured out to turn his Taqueria 27 concept into a reality. Five locations later, it’s safe to say that chef Todd struck gold with his idea.

Utah natives love that Taqueria 27’s offerings aren’t constrained to “traditional” tacos — but what is a traditional taco? “If you say carne asada taco in any of the ten thousand little cities in Mexico, it’s going to be different city to city and even taco stand to taco stand.”

The Uniqueness of the Taqueria 27 Journey

“A successful restaurant business hinges on the people coming in the door,” says chef Todd. That’s why he strives to be more than just a chef, but an educator, too.

Inspired by mentors like David Jones, Todd teaches his employees how to run a restaurant business. He also educates customers about the different varieties of Mexican food and broadens their understanding of mezcal tequilas.

With customers beating down his doors and employees going on to impressive positions after working under chef Todd, this strategy appears to be working.

How Did You and Kristin Meet?

Ironically, Todd and co-owner Kristen Gardiner met at a restaurant. Todd recalls, “I was the ill-tempered but devastatingly-handsome sous chef of Log Haven, and she was the chatty, super-cute out-of-town girl.”

Now, the couple have a beautiful daughter and five successful Taqueria 27 locations.

Come by and say hi to chef Todd at Taqueria 27 locations across Utah! That way, you can personally learn more about tacos and tequila. Check out our locations today!