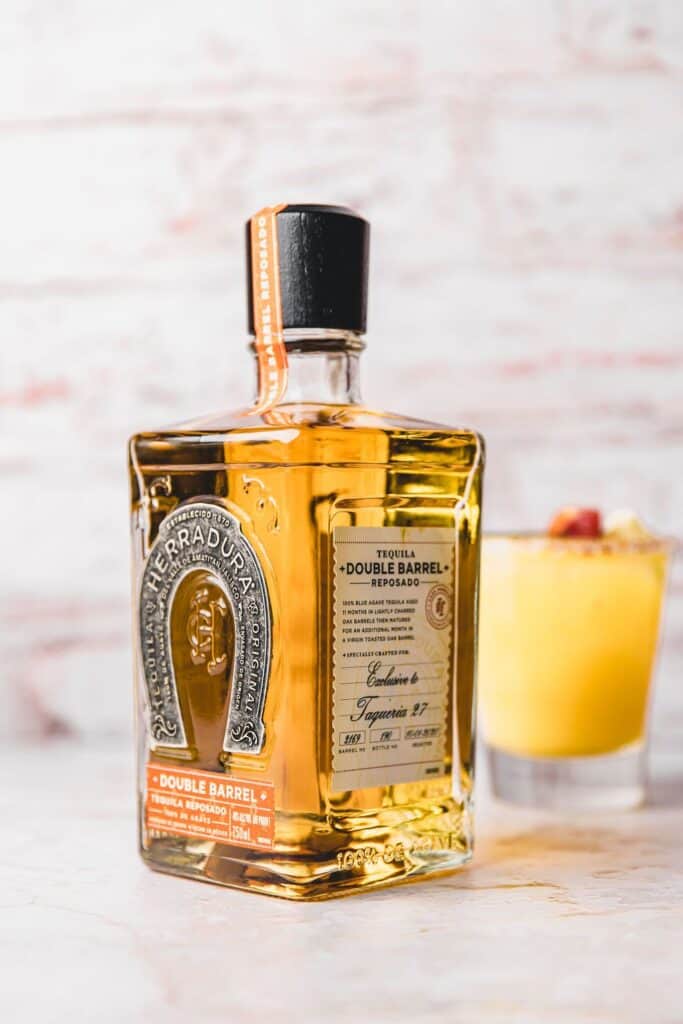 The art of crafting and distilling agave dates back to the 17th century. Today, 26 of the 31 states in Mexico have at least one agave spirits distiller. Most of these producers are small family farms that date back many generations. Tequila is only produced inside the Mexican state of Jalisco and in some municipalities in Guanajuato, Michoacán, Nayarit, and Tamaulipas. Weber blue agave must be used in the production of Tequila. Any agave-based distilled spirit outside those regions is called “mezcal.” Other subtypes of mezcal you might see are Bacanora, Sotol, and Raicilla.

As a tequila enthusiast, you’ll love the one of a kind flavors of the Herradura double barrel reposado. Recently, Todd and Kristin hand-selected a double-barrel reposado as the next tequila in our exclusive barrel program.  What does that mean? Well, there has never been a tequila-like this before, and there won’t be one again – due to the aging, the char on the barrel, and the seasonality of the agave.  And you’ll only find it at Taqueria 27!

The unique aging process makes the flavors of Herradura Double Barrel Reposado notably different from other tequilas. It rests for eleven months in a standard barrel. Then for its final month, it’s carefully transferred to a newly charred barrel.

This final hour transfer is what gives this tequila multiple levels to the flavor profile.

Barrels are expensive, so many tequila makers reuse the barrels, sometimes up to seven times! The problem with this is that the char flavor gets more mellow the more times it gets used. So the first batch of tequila you make in the barrel will have a completely different taste than the seventh batch.

Most large scale tequila makers fix this issue by mixing everything to develop the “house” blend. When you buy tequila off the grocery store shelf, this is what you’re buying. You get the consistent flavor from bottle to bottle, but you don’t get barrel-specific aged tequila.

Reposado tequila cannot age for longer than 364 days. This adds to why the Herradura double barrel reposado stands out. It’s aged in the standard used barrel, but the last 30 days of aging happen in a brand new, freshly charred barrel.

The aroma of this tequila will fill your nose with the scent of the American white oak barrels and their heavy charring. It’s highlighted by notes of charcoal, pepper, and agave. Then for those more discerning, you’ll also pick up on subtle hints of vanilla, natural oak, and citrus.

Sipping this tequila after you sample with your nose is like taking the next step in your tasting journey. Your tongue will surprise you with a strong taste of cooked agave. It’s then rounded out with a bit of a spicy kick and punches of peppercorn.

“This is a strong reposado, with huge amounts of vanilla and oak and a tiny bit of citrus, but it does not translate into the taste,”  said Todd Gardner, Chef/owner of Taqueria 27.

This exclusive tequila is only available at one of our five locations, so if you’re interested in experiencing it for yourself, stop by! Taqueria27 is the exclusive buyer of barrel #1423, and there are only 240 bottles.  So when it is gone, it is gone.

You’ll find it to be a perfect pairing with the classic margarita. It’s a tantalizing mixture of agave, lime, orange, orange liqueur, and T27 rimmimg salt on the rocks.

Visit one of our five locations and experience Herradura tequila and the double barrel reposado today.